The Dukono Volcano on Halmahera

When our Coral Expeditions cruise arrived in the town of Tobelo on the northwestern arm of the island of Halmahera in October 2018, the Dukono volcano was erupting ash. This should not have been a surprise since research shows that the volcano has been erupting almost continuously  since 1978. 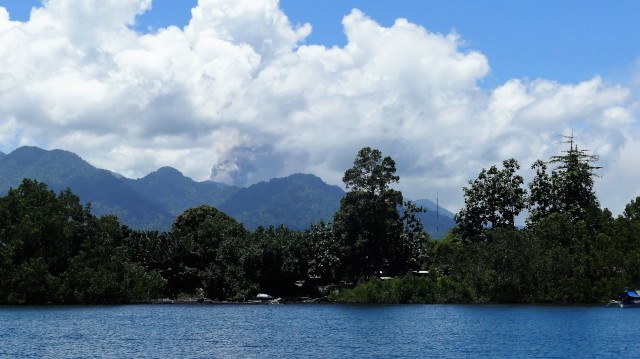 The Dukono volcano as seen from the Coral Discoverer

A rift in the earth’s mantle has caused a sea floor spreading zone between the islands of Sulawesi and Halmahere, causing subduction and related volcanic activity along the edge of both islands. There are sixteen volcanoes on the Halmahera volcanic arc, many of which are still active, and an equal number along the Sangihe volcanic arc. 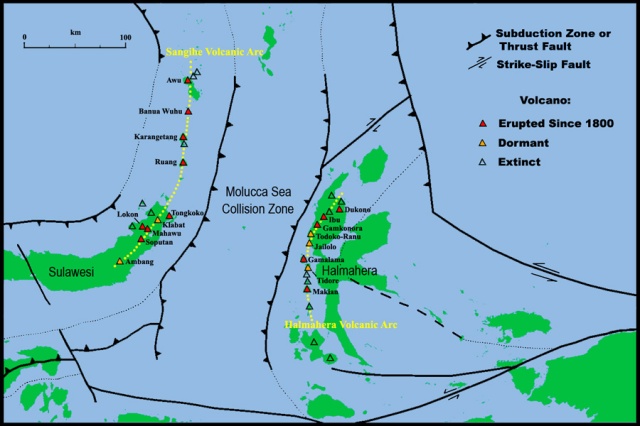 This seafloor map shows the central ridge, like the larger mid-Atlantic ridge, formed by the intrusion of oceanic magma. This intrusion causes spreading of the sea floor and the related subduction zones are shown by the seafloor trenches developed on each side of the central ridge . The water filled sediments that are subducted into the earths interior then become superheated, melt the surrounding rocks, and cause the volcanic activity. 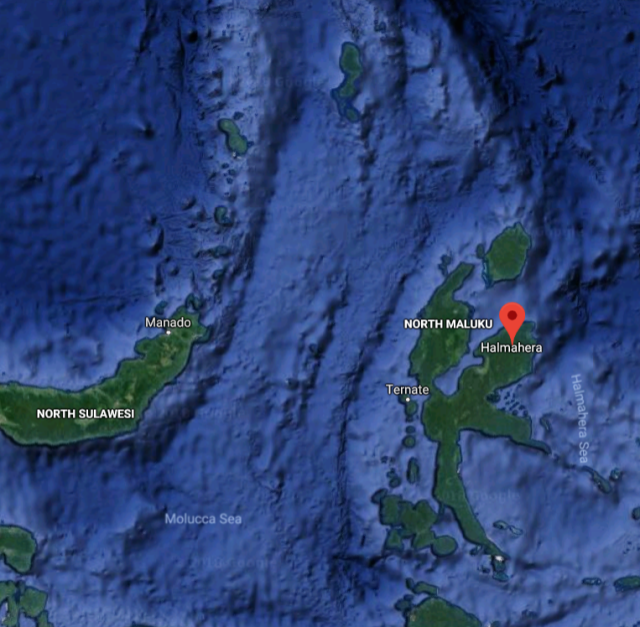 The related volcanoes can be best seen on this topographical map of Halmahera which shows a line of volcanoes formed along the western side of the island, including the clove islands of Ternate, Tidore, Moti and Makian which are offshore. 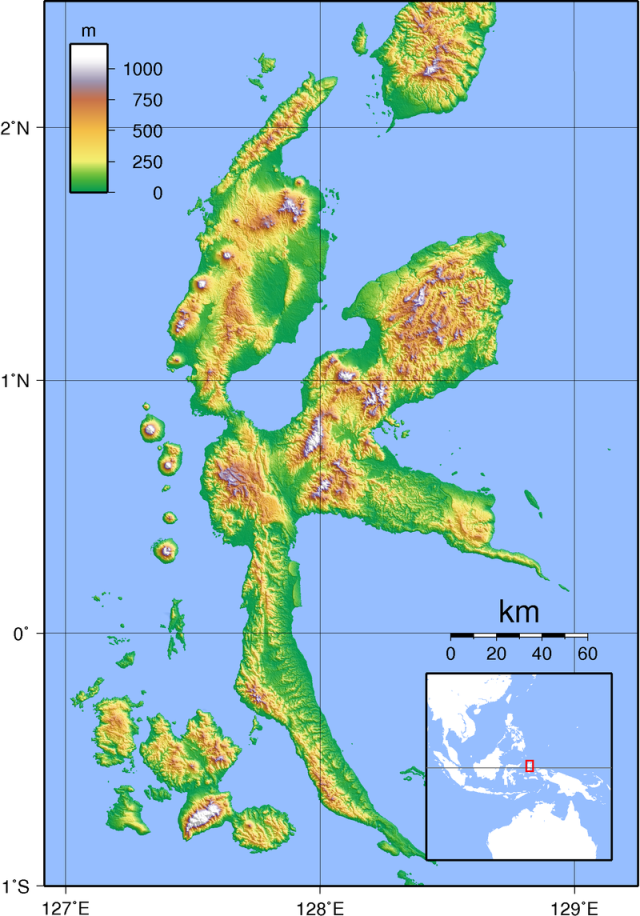 The Dukono volcano is only 10 km from the town of Tobelo. While we were there it was continuously erupting ash, but fortunately the wind was blowing to the northeast and away from the town. 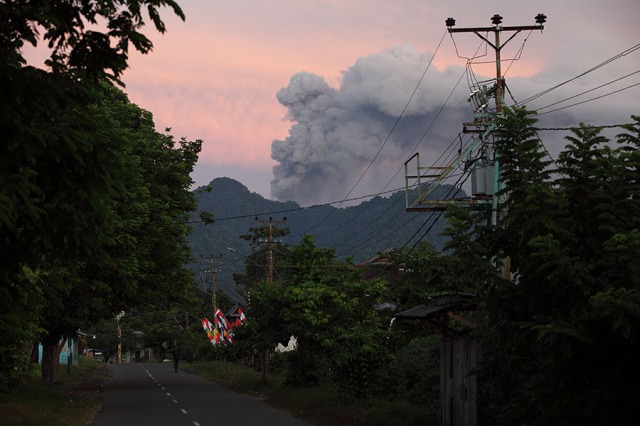 The Dukono volcano as seen from the town of Tobelo 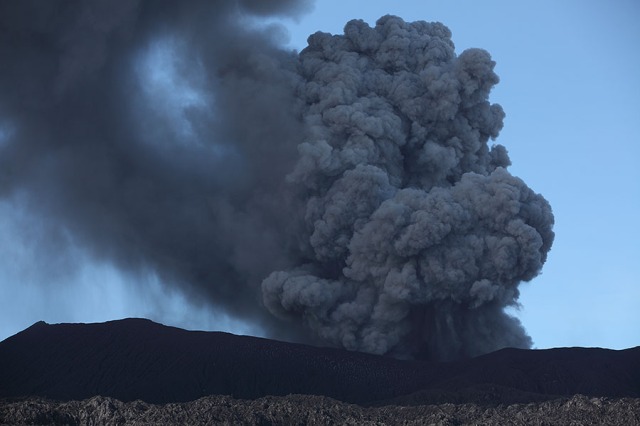 A closer view of the erupting Dukono volcano

Author of the book, Spice Islands. Which tells the History, Romance and Adventure of the spice trade from the Moluccas in Eastern Indonesia over a period of 2000 years. Author of the book, East Indies.Which tells the history of the struggle between the Portuguese Crown, the Dutch East India Company and the English East India Company for supremacy in the Eastern Seas. Author of the book 'Archipelago - A Journey Across Indonesia'.
View all posts by ianburnet →
This entry was posted in Uncategorized and tagged coral expeditions, dukono, halmahera, ian burnet, tobelo. Bookmark the permalink.

3 Responses to The Dukono Volcano on Halmahera