The Flowering of Clitoria Ternatea

On the Spice Islands Sailing Adventure in 2013 we landed on the island of Machian in the North Moluccas. Once the most prolific of the clove growing Spice Islands, early sailors claimed they could smell the sweet scent of its cloves from far out at sea.
The island is characterized by a central volcano which has been breached by a large cleft on its northeast side, and the archival photo below clearly shows the cleft. 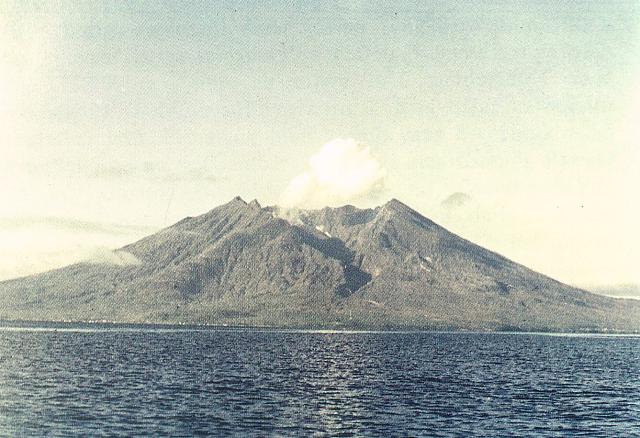 The volcano erupted explosively in 1988 and 15,000 islanders were evacuated with some being permanently resettled on the main island of Halmahera. 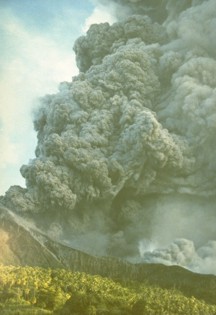 The Ombak Putih landed our group and guides ashore at one village, and we walked along a coastal path for an hour or so until the next village. Walking through plantations of cassava, corn, cloves, nutmeg and coconuts, a particular flower attracted my attention. In my online search to identify the flower, I discovered an unusually named plant called Clitoria Ternatea. This generic name was given by the botanist Breyne in 1678 to describe an exotic plant found growing as a vine on the island of Ternate. 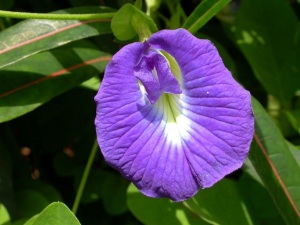 Owing to its similarity to a human body part, it was often used in traditional medicine to treat female sexual ailments and also as an aphrodisiac.The Portuguese, who were the first Europeans to reach Ternate, called it ‘fula criqua’ or the ‘flower of creation’. 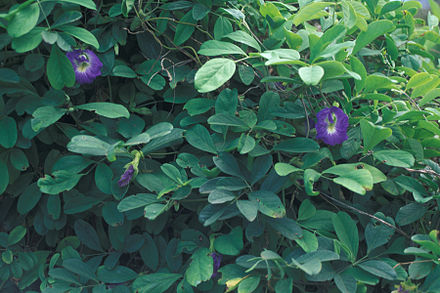 Taken from the Northern Moluccas this exotic cultivar is now grown all over the tropical and sub-tropical world. Commonly called the blue-pea, the butterfly-pea or the cordovan-pea, it is often grown as an ornamental plant —– and you may have one in your own garden.

The Ombak Putih sails to the Spice Islands again in October 2014 and the details can be found at
http://www.seatrekbali.com/cruise/spice-routes-spice-wars/

3 Responses to The Flowering of Clitoria Ternatea