I was recently reminded that Soekarno’s birthday is in June, and then remembered a visit to the former Dutch Landraad courthouse in Bandung. 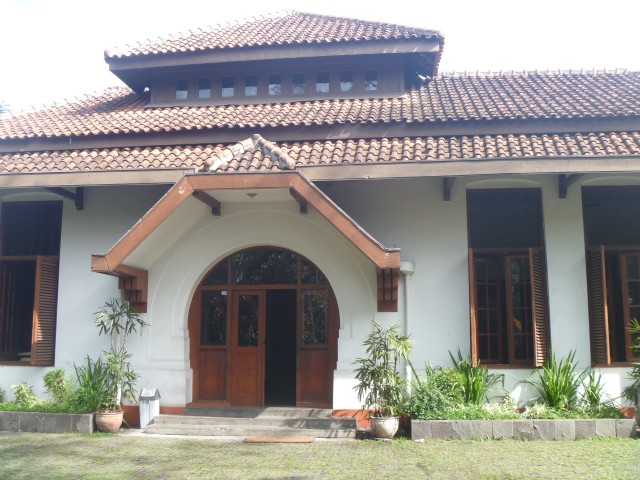 It was here in 1930 that Soekarno gave his famous speech against colonialism, ‘Indonesia Menggugat’ or ‘Indonesia Accuses’ in the Dutch courtroom, before being sentenced to four years in prison. 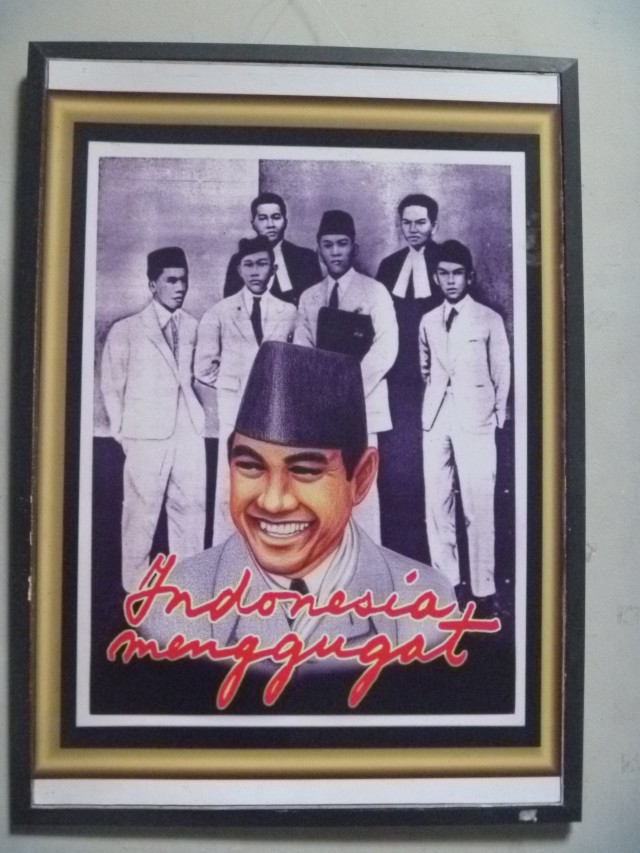 Soekarno, his three co-accused and their lawyers

I was struck by the significance of a poster displayed in the building, of President Soekarno telling the nation:
“My struggle was easier because it was to expel the colonialists, but yours will be more difficult because it is against your own people.” 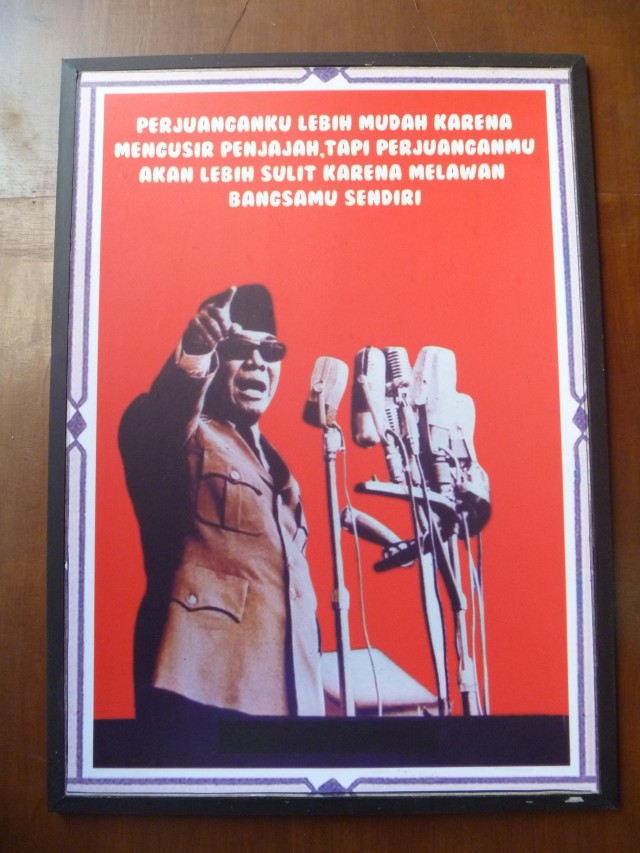 I was even more struck by another poster on display quoting the same words by Soekarno. 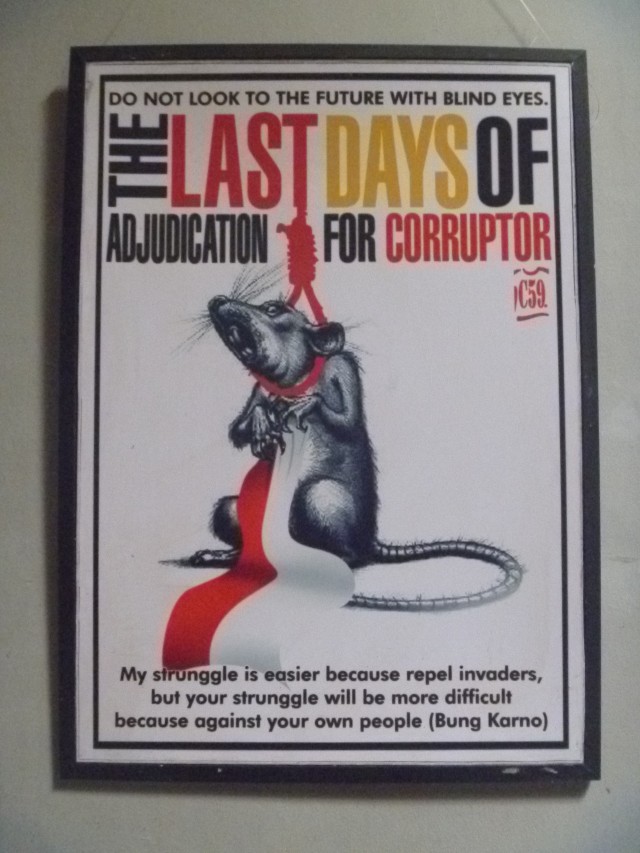