The church in Banda Neira was established in the 1600’s to serve the residents of the Dutch colonial occupation of the remote Banda Islands . Behind the building can be seen the summit of the volcano named Gunung Api or Fire Mountain The original wooden church was destroyed by an earthquake and rebuilt in 1852 in this neo-classical style. With its solid Doric columns, white plaster and sturdy brickwork, it is a good example of a provincial Dutch-era church and is now  one of the sights to see in the tiny port of Banda Neira. 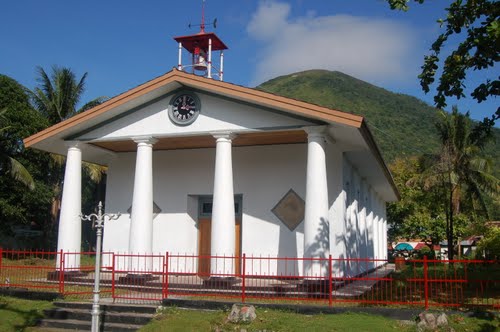 Below is a distant image of the church taken in 1925 during the Dutch colonial period. The road and the open area are still there but all the large beautiful kenari (asian almond) trees have long since gone. 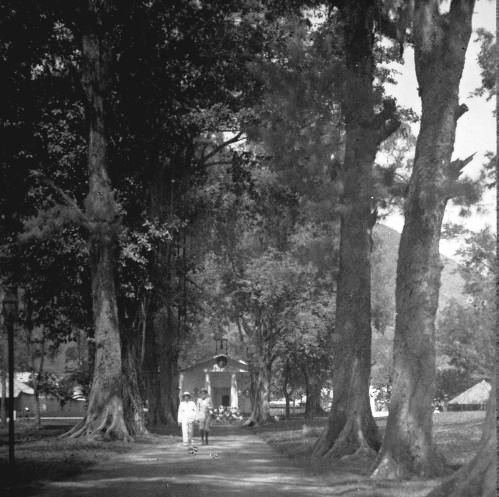 It was the valuable nutmeg trees which only grew on the Banda Islands that brought European traders to this remote location. The Dutch eventually expelled the Portuguese, the English, and then the Bandanese during the ‘Banda Massacre’, after which they brought in their own planters and established a complete monopoly over the nutmeg trade. It was the Dutch East India Company or the Verenigde Oost-Indische Compagnie (VOC) that built the church and their symbol can be seen on the flagstones at the entrance. 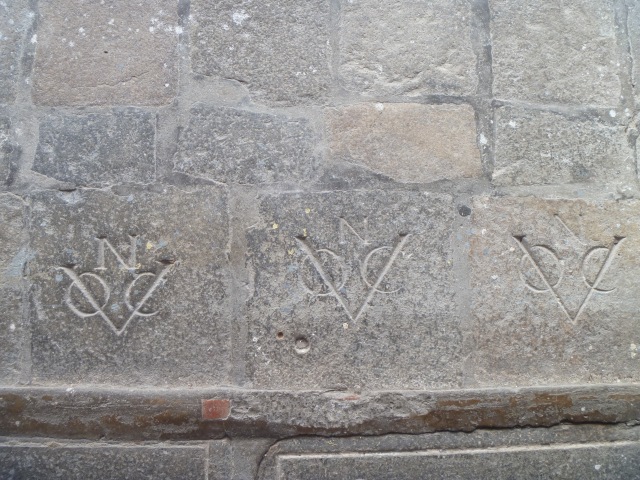 In 1999-2000 the Maluku Islands were hit with serious religious violence, which left thousands of Muslims and Christians dead. The idyllic Banda Islands were not spared from this violence and many Christians were driven off of the island by the Muslim majority.  During this time Bandaneira’s church was damaged but it has subsequently been restored. 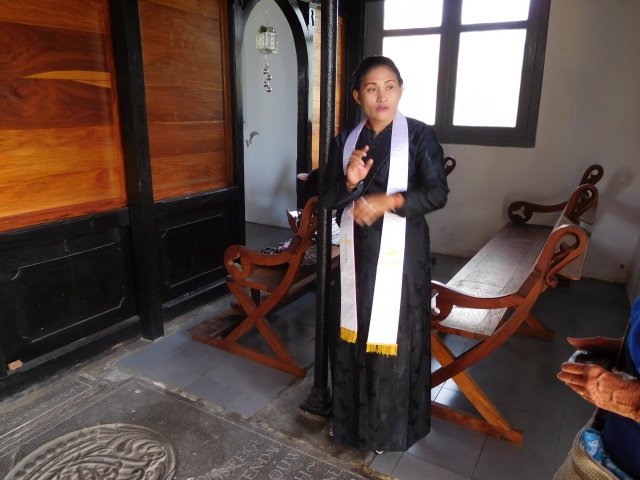 Services are held at the church every Sunday even if the Christian community is now considerably reduced. The church may be unique in that I have been told they hold both a protestant service and then a catholic service on a Sunday. 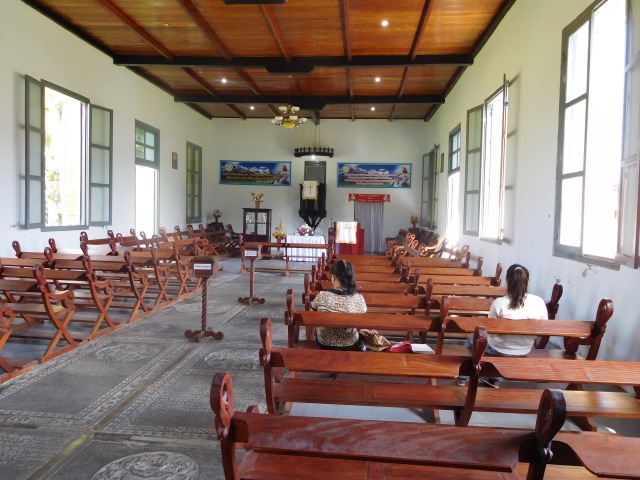 One of the historic highlights of the church are the elaborate carved tombstones of the Dutch East India Company (VOC) notables who died and were buried on the island. There are 34 of these tombstones in the church and they can be seen lining the aisle in the photos above and below.

One of the earliest tombstones is that of the Governor of Banda, Willem Maetsuyker, dated 1675. Another example is that of Governor Cornelis Stull who died here in 1701. 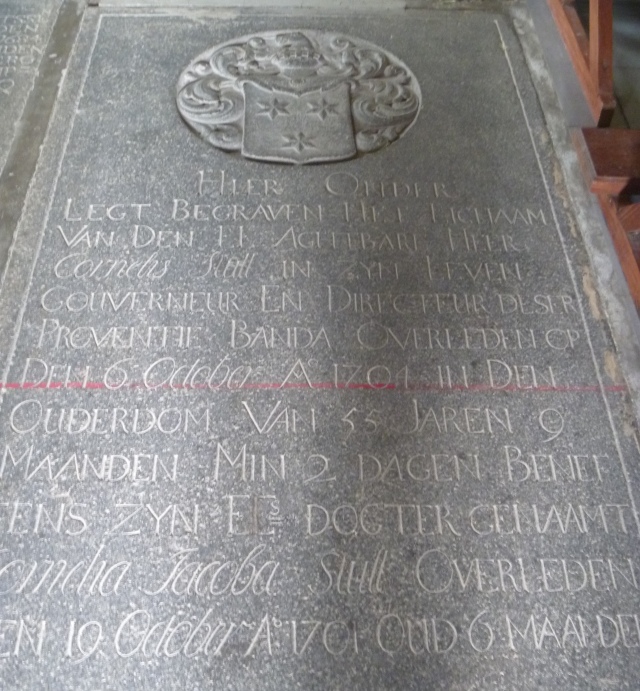 I have recently found a striking image of the Dutch Church taken during the eruption of Gunung Api in 1988 when many residents were forced to flee the island or take shelter in the church. An image which shows how the stability and peace of the earth we live on can be so easily shaken when the powerful forces of nature are released. 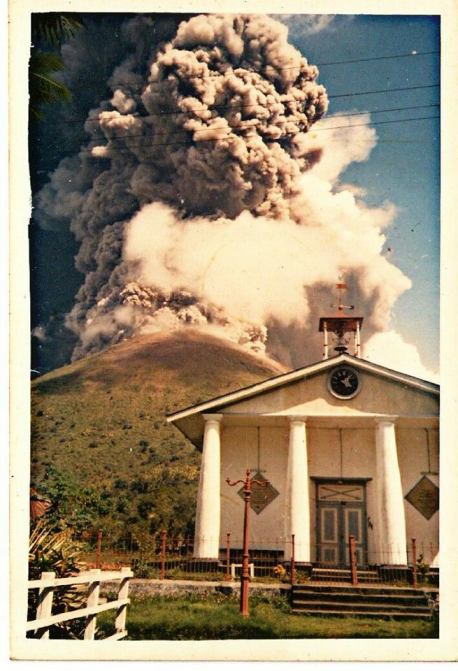 3 Responses to The Dutch church in Banda Neira (updated)