The original Fort Belgica was rebuilt in 1673 and the new design consisted of a low outer pentagonal structure with five angled corner bastions and a higher inner pentagon with five tall circular towers. The fort was built by the Dutch East India Company (VOC) to protect their monopoly of the nutmeg trade from the Banda Islands and particularly by attack from the English East India Company.

The original plans for the new fort drawn in 1667. 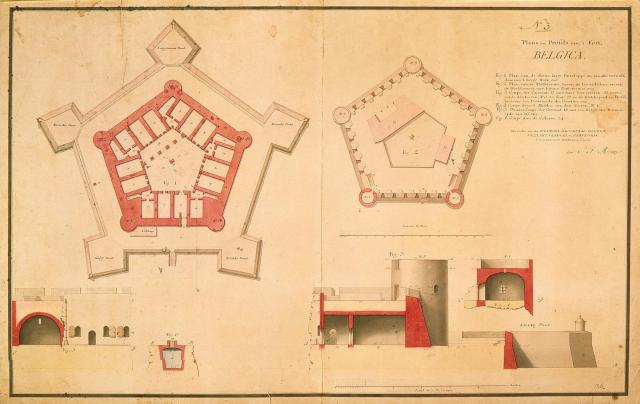 An arial photo showing the outline of Fort Belgica today. 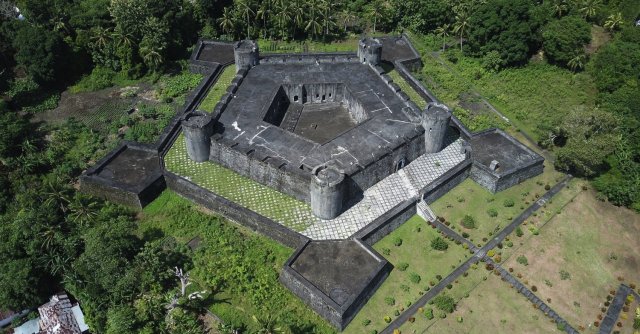 Notwithstanding its massive design, an armanent of 50 cannon and a garrison of 400 men, the fort was captured twice by the English. Once in 1796 when it surrended to an English fleet without a shot being fired and once in 1810 when the fort was captured by British marines led by Captain Christopher Cole.  As he described the attack:

The gallantry and activity with which the scaling ladders were hauled up after the out-work was carried and placed for an attack on the inner-work, under sharp fire from the garrison exceed all praise. The enemy, after firing their guns and keeping up an ineffectual discharge of musquetry for ten or fifteen minutes, fled in all directions through the gateway, leaving the Colonel-Commandant and ten others dead, and two officers and 30 prisoners in our hands.

(Extract from the book East Indies by Ian Burnet)

The commanding position of Fort Belgica can be seen from this drone photograph. 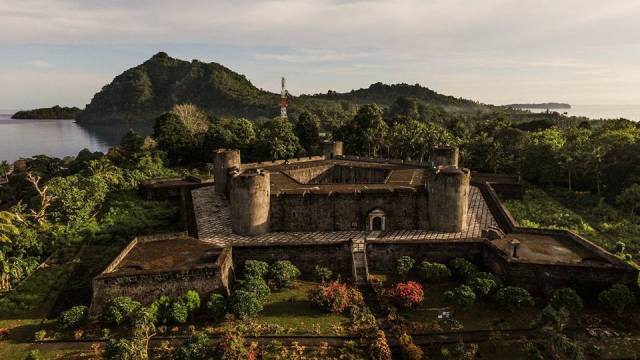 The massive walls of the fort seen from the ground. 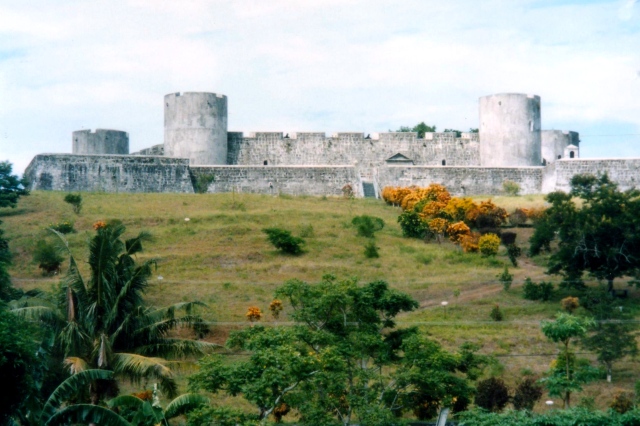 It is a great location to entertain visitors with cultural dances and here are the nutmeg girls resting on the ramparts of Fort Belgica. 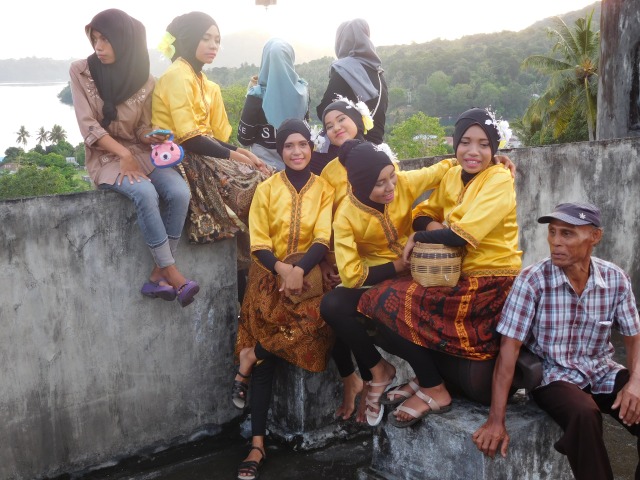 And it is a great location to take sunset photographs. 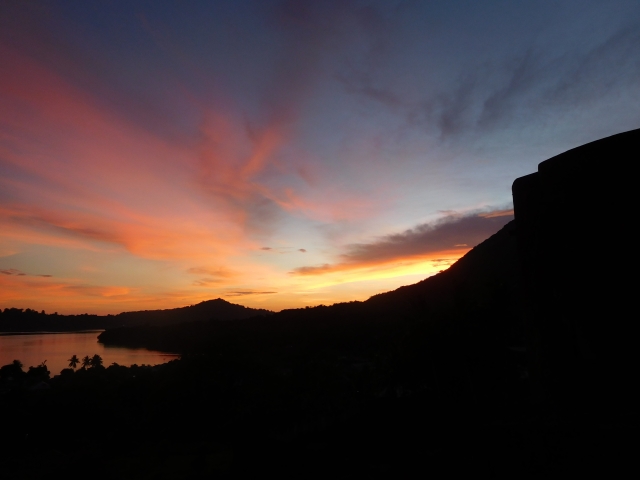 Author of the book, Spice Islands. Which tells the History, Romance and Adventure of the spice trade from the Moluccas in Eastern Indonesia over a period of 2000 years. Author of the book, East Indies.Which tells the history of the struggle between the Portuguese Crown, the Dutch East India Company and the English East India Company for supremacy in the Eastern Seas. Author of the book 'Archipelago - A Journey Across Indonesia'.
View all posts by ianburnet →
This entry was posted in Uncategorized and tagged banda, banda neira, fort belgica, ian burnet. Bookmark the permalink.