‘Where Australia Collides with Asia’ – The Darwin Earthquake

On June 24, Darwin was jolted by a magnitude 7.3 earthquake, prompting offices in the CBD to be evacuated. The epicentre was some 700 kilometres away to the north in the Banda Sea of Indonesia. But despite the distance, the quake rocked Darwin hard, because it occurred within the same tectonic plate, rather than at the boundary between two neighbouring plates. 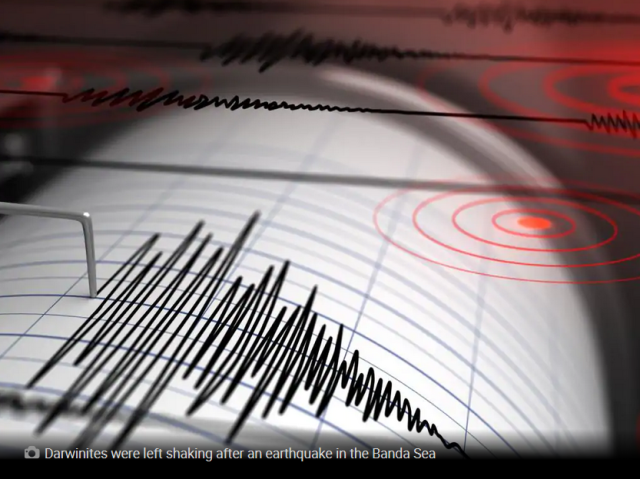 Where the Australian Plate collides with Asia some of it has slid (subducted) under the volcanoes of Eastern Indonesia, and is descending into the mantle. This process is driven by buoyancy (the tendency of material to sink or float). Continental crust is more buoyant, and thus resists sinking into the mantle. Ocean crust, meanwhile, is denser and has more of a tendency to sink. As the Australian Plate (which includes New Guinea) travels northward, the front edge is high-density ocean crust, and the part following behind it is lower-density continental crust. The map below shows the plate boundaries and relevant movement within our region. 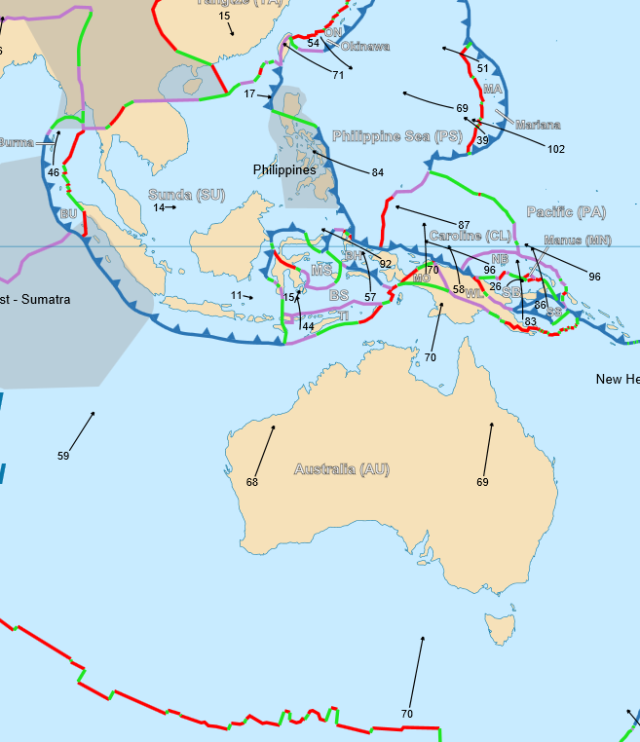 Where one part of a plate subducts easily and starts to sink and the other wants to float and refuses to subduct, a tear can develop, and this is what is believed is happening north of Darwin. The northern edge of the Australian Plate used to be made up of ocean crust that is now completely subducted. The buoyant Australian continent is refusing to subduct, and as a result the ocean crust is tearing off as it sinks into the mantle.

This NASA image from satellite telemetry maps displays height above and depth below sea level. It shows the edge of the Asian continent at the Wallace Line  and how the Australian continent is impacting on the Indonesian island arc system along the edge of the Banda Sea. 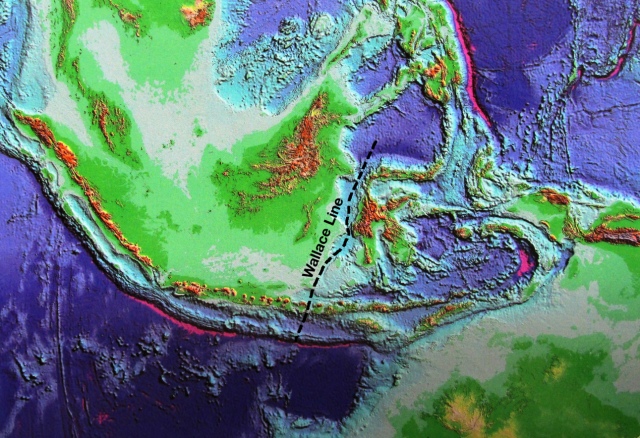 A useful analogy to visualise this is tearing a piece of cheese – the kind of pre-sliced, soft cheese that you put on your sandwiches. The picture below shows a piece of cheese that is bent around a cylinder (representing the descent of the plate into the mantle), and is torn along one edge. 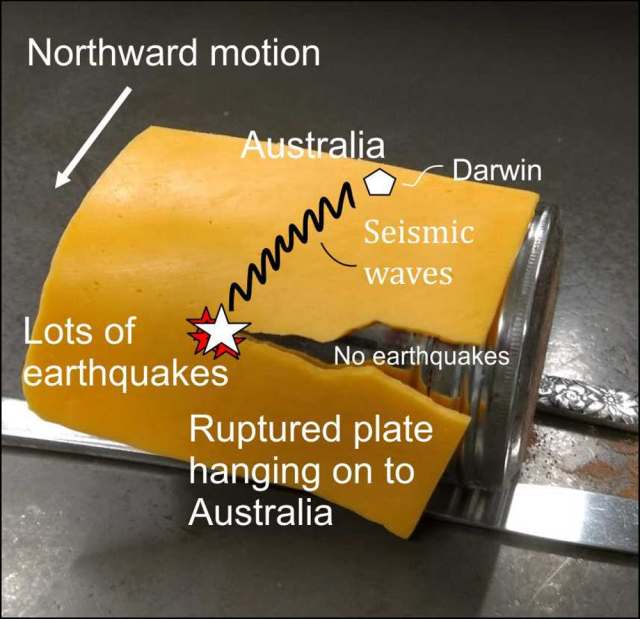 The official earthquake record from the US Geological Survey indicates that this earthquake consisted of a combination of lateral displacement and vertical extension (lengthening), which is consistent with the cheese analogy. The vertical extension is caused by the stretching of the crust while lateral displacement, known as strike slip, probably accommodates the eastward movement required by the continuing attachment of the slab east of the earthquake. Earthquakes such as this occur within the Australian plate, and the seismic waves travel through the cold, strong Australian plate quite efficiently. This means that it did not lose much of its energy before reaching Darwin. 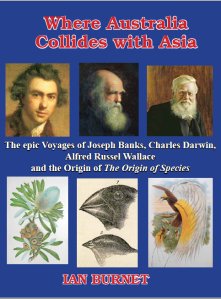 Author of the book, Spice Islands. Which tells the History, Romance and Adventure of the spice trade from the Moluccas in Eastern Indonesia over a period of 2000 years. Author of the book, East Indies.Which tells the history of the struggle between the Portuguese Crown, the Dutch East India Company and the English East India Company for supremacy in the Eastern Seas. Author of the book 'Archipelago - A Journey Across Indonesia'.
View all posts by ianburnet →
This entry was posted in Uncategorized and tagged banda sea, darwin earthquake, ian burnet, Where Australia Collides with Asia. Bookmark the permalink.

6 Responses to ‘Where Australia Collides with Asia’ – The Darwin Earthquake