Soekarno, his exile in Ende and Pancasila

It was here in the Dutch Landraad courthouse in Bandung in 1930 that Soekarno gave his famous speech against colonialism, ‘Indonesia Menggugat’ or ‘Indonesia Accuses’ in the Dutch courtroom.

Here he is along with his fellow accused and their lawyers. Soekarno was never allowed to complete his statement to the court, proceedings were abandoned, and he was ultimately sentenced to four years in prison. 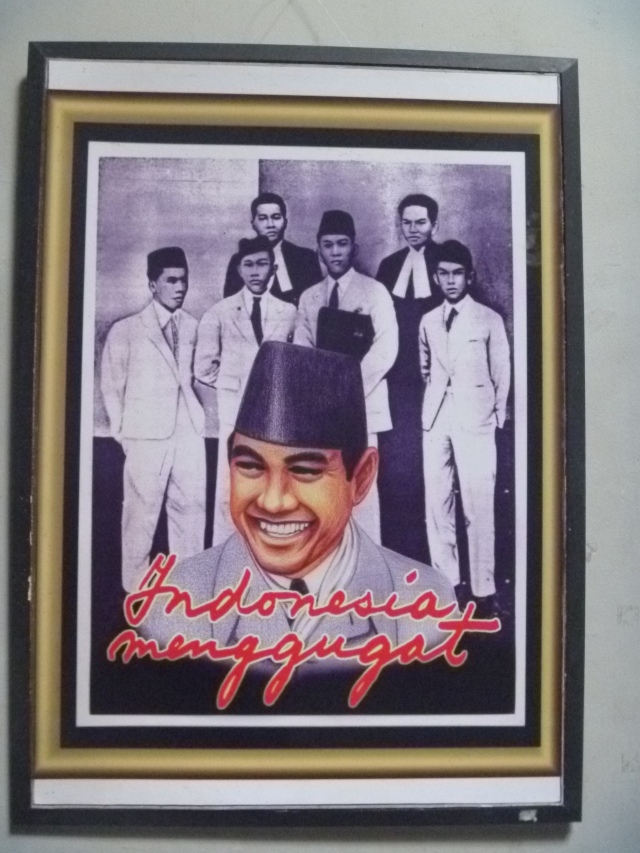 Soekarno with his co-accused and their lawyers

Still a determined republican, Soekarno was subsequently sent into internal exile in the town of Ende on the south coast of Central Flores where he and his family lived from 1934 until 1938. This photo shows a family group in front of his house in Ende with Soekarno standing on the right behind his wife Inggit.

After he became president the house was restored as a memorial, it still includes historic items from this same period and has become the main tourist attraction in Ende. Here is a photo of the house before an ugly statue of Soekarno had been placed in the front garden.

About 700 meters from Soekarno’s house, was a breadfruit tree that directly faced Ende Beach. It is known that Soekarno often sat here to contemplate whilst envisioning a united country that would be called Indonesia. Indonesia’s First President claimed that it was on this very spot that the concept of Pancasila, the philosophical foundation of the Republic of Indonesia was conceived. Pancasila is recognized and accepted as the 5 Principles on which the Indonesian State and Nation are founded. Today, the Birth of Pancasila is commemorated every year on 1st of June, which is also a national holiday.

The Soekarno Statue, the  memorial pond and the breadfruit tree       photo – Ian Burnet

A Memorial Pond with a statue of a contemplating Soekarno have been constructed in the public gardens on this site where the five principles of Pancasila were first conceived. Comprising of two ancient Javanese words originally derived from Sanskrit: “pañca” (“five”) and “sīla” (“principles”), Pancasila is composed of five principles that are inter-related and inseparable from one another, these are:

Indonesia is a multicultural nation, a very diverse country comprised of over 17,000 islands, hundreds of ethnic groups with their different languages, cultures, religions and ways of life. Indonesia’s Founding fathers wisely decided that the State Ideology should encompass and shelter the whole spectrum of Indonesian society, in which consensus for common good must be striven for, and justice is served and met. These principles are enshired in the Pancasila. And also based on these principles, Indonesia’s National Motto became “Bhinneka Tunggal Ika”, meaning: We are Many but we are One.

Soekarno more than any other leader of the Indonesian Republican movement was aware of the differences in religions and ways of life that a united Indonesia would need to encompass. Although born in East Java and brought up as a Muslim, his mother was Balinese, a Hindu, and he loved Balinese culture. Now for the four years of his internal exile on Flores he had walked, talked and lived in a predominantly Christian community and had also learned to appreciate their values. 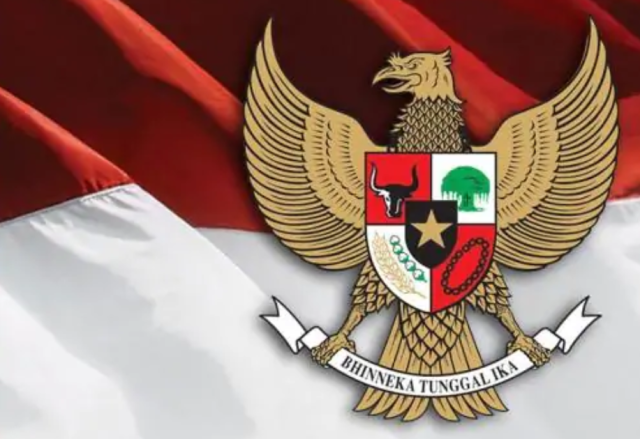 4 Responses to Soekarno, his exile in Ende and Pancasila