Like me, many Signals readers will have entered the State Library of NSW through the northern portico of the Mitchell Library and then crossed the vestibule to the muted reading room that’s so solemn with generations of scholarship. Every time we do, we tread the cool marble and terrazzo of the entrance floor, but – if your like me – on most visits we scarcely register the huge map of an earlier, incompletely charted Australia that’s reproduced beneath our feet.

Northern  facade of the Mitchell Library – drawn by Simon Fieldhouse

The details are finely delineated by brass lines inset into marble in a medium that might be as much cloissoné as it is mosaic – details such as the radiating compass roses or the elegant little cameos of sailing ships, or annotations in copperplate Dutch. If we’ve paused we’ve probably noted the signage telling us it’s Abel Tasman’s map … and then marched straight on into the reading room. 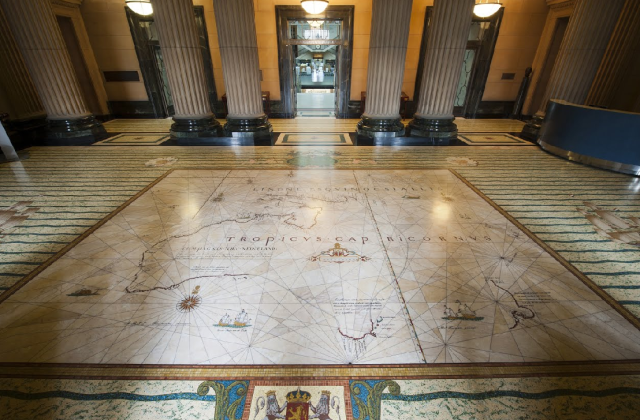 Author Ian Burnet would like us to realise that the beautiful reproduction underfoot is what he considers to be Sydney’s greatest work of public art, of the indoors variety. Burnet has made the Library’s Tasman Map both the beginning and the end of his fifth book of regional history for interested but not-necessarily-academic readers – readers like you and me. Between these bookends he tells the story of how our variously named island continent – Terra Australis Incognita, Jave Le Grande, t’Zuyd Landt, Hollandia Nova – took its physical cartographic outline. 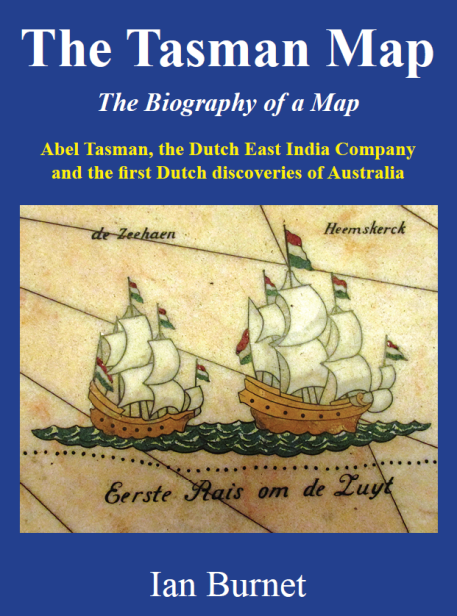 As with his previous books, Burnet provides a richly detailed  but easily digested context for the big global movements involving the rising Catholic and Protestant maritime powers of Western Europe, before going on to summarise all the players who contributed to the map in the library vestibule. There are those who almost everybody knows  – Willem Janszoon of the Duyfken; Dirk Hartog of pewter plate fame; Francois Pelsaert of the frightful Batavia tragedy; Jan Carstenz attacked by aborigines while charting the Gulf of Carpentaria; Frederick de Houtman at the treacherous West Australian Abrolhos reefs; Francois Thijssen sailing off-course on the Gulden Zeepaard and charting Cape Leeuwin and half the Bight, and many others. Followed by Abel Tasman and his voyage of 1642-43 to Tasmania and New Zealand and his 1644 voyage along the north coast of Australia. 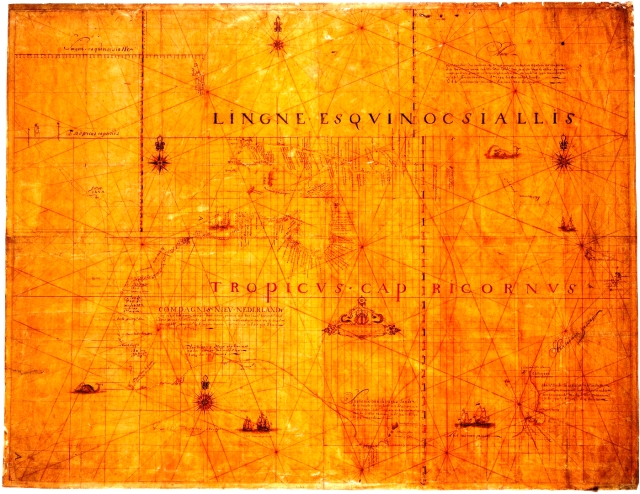 Just as fascinating as these voyages is Burnet’s account of how the Mitchell Library acquired two priceless treasures of Tasman’s contribution to Australian discovery. One of only two surviving hand-written copies of Tasman’s 1642-43 journal, and the Tasman Map which was prepared in Batavia in about 1644 for the directors of the United Dutch East India Company in Amsterdam. 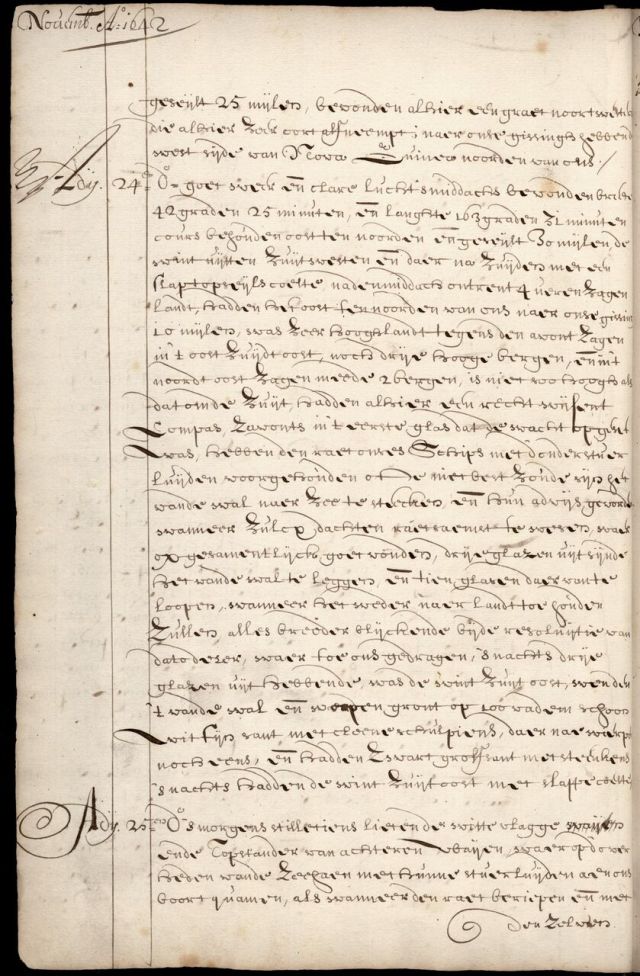 The entry from the Tasman Huydecoper Journal for November 24, 1642  and the first sighting of what Abel Tasman named Van Diemens Land  (Tasmania)

The magificent marble vestibule floor based on the Tasman Map was commenced in 1939 by master craftsmen using Wombeyan russet marble with a tone resembling the varnished paper of the original. It’s bordered by green and cream terrazzo with a surrounding mosaic floor of oceanic waves. Next time you visit the Mitchell Library, give it more attention. Or buy the book. Or both.

This is an abreviation of a review, by Jeffrey Mellefont, which was first published in SIGNALS, the quarterly journal of the Australian National Maritime Museum, issue 129 (December 2019–February 2020).

If you wish to buy the book you can order from your favourite bokshop, from the usual online retailers, or if you live in Sydney I can deliver a signed copy to your door.

Author of the book, Spice Islands. Which tells the History, Romance and Adventure of the spice trade from the Moluccas in Eastern Indonesia over a period of 2000 years. Author of the book, East Indies.Which tells the history of the struggle between the Portuguese Crown, the Dutch East India Company and the English East India Company for supremacy in the Eastern Seas. Author of the book 'Archipelago - A Journey Across Indonesia'.
View all posts by ianburnet →
This entry was posted in Uncategorized and tagged abel tasman, Dirk Hartog, duyfken, frederick de houtman, ian burnet, Mitchell Library, state library nsw, tasman map, tasmania, the abrolhos, the batavia, van diemens land, willem jansz. Bookmark the permalink.