East India House in Amsterdam, built in 1606, was the first building especially built for the United East India Company (VOC) and was the centre of all its business activities. The buildings have been preserved and are now part of the University of Amsterdam.

The entrance into the inner courtyard from the Oude Hoogstraat street, as shown above, has been slightly modified to allow some light into a new window. 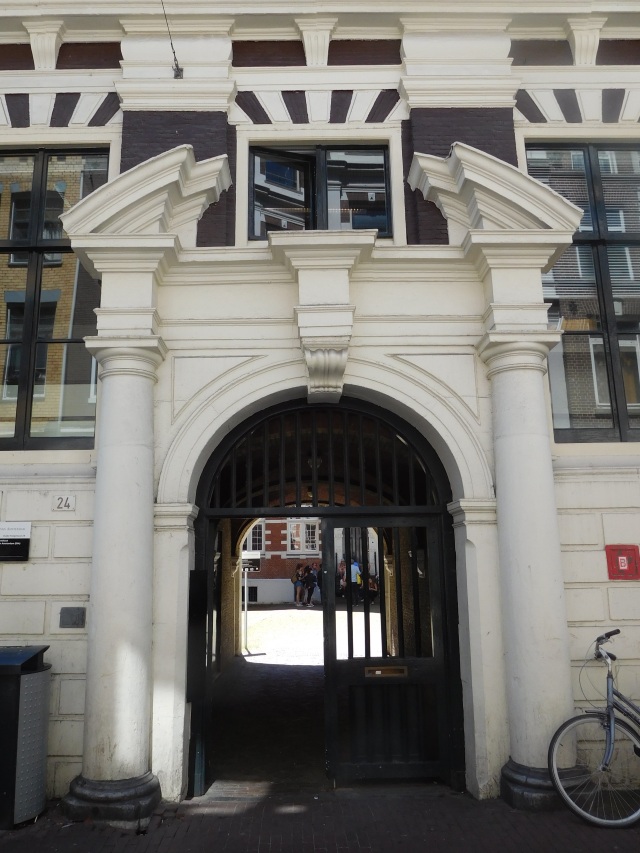 The entrance into the inner courtyard from Oude Hoogstraat 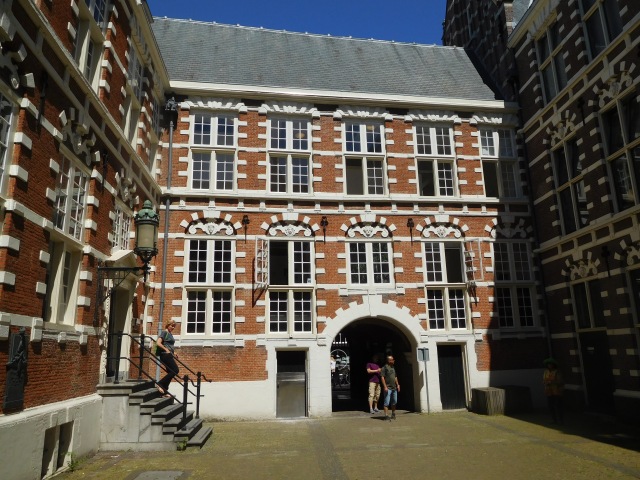 Looking back towards the entrance from the inner courtyard

It was at East India House where the ‘Gentlemen Seventeen’ (Heeren Seventien ), the directors of the joint company, gathered for their twice yearly meetings which rotated in turn, six successive years in Amsterdam and then two years in Middelburg. In 1663 Olfert Dapper described the great hall of East India House:

Hanging in the hall is the great city of Batavia, with its terrifying and invincible castle … hanging all around are the islands of the Moluccas, fortresses, orchards filled with spice trees, cities, harbours, capes that we occupy at the other end of the world.

The Directors Room at East India House. Willem V taking his position as a director of the VOC. Simon Fokke, 1768, Rijksmuseum

In 1997 the room was restored to its original glory including reproductions of the paintings as they were originally hung. The VOC ports at Ambon, Canton (China), Cochin (India), Judea (Thailand) and that of Kasteel Batavia (Indonesia) hanging in its central position over the gilded decorative woodwork of the fireplace.

In the central position is the painting of Kasteel Batavia as seen from Kali Besar West by Andries Beekman, who had actually lived in Batavia at the time. The size of the Kasteel was probably exaggerated to demonstrate Dutch power, but it is a most important visual document of seventeenth century Jakarta and its citizens.

On the lower left is the first painting known to be commissioned by the Dutch East India Company. In 1617, the directors of the VOC commissioned a large-scale oil painting, known as View of Ambon  for the Great Hall of their Amsterdam headquarters, the Dutch East India House. The painting has exaggerated the size of Fort Victoria on Ambon and the cartouche shows the image of Frederick de Houtman, the first VOC governor of Ambon.

The reason that the wording in the cartouche has been painted out is because it credited Frederick de Houtman with capturing Fort Victoria from the Portugese, which was not correct.

In 1599 Frederick de Houtman had been taken prisoner by the forces of the Sultan of Aceh on his second expedition to the East Indies.  The Sultan offered him the position of his commercial agent if he could prove his loyalty by converting to Islam. De Houtman refused this offer but used the eighteen months he spent in captivity to learn Malay and compile the first Dutch-Malay-Malagasy dictionary. 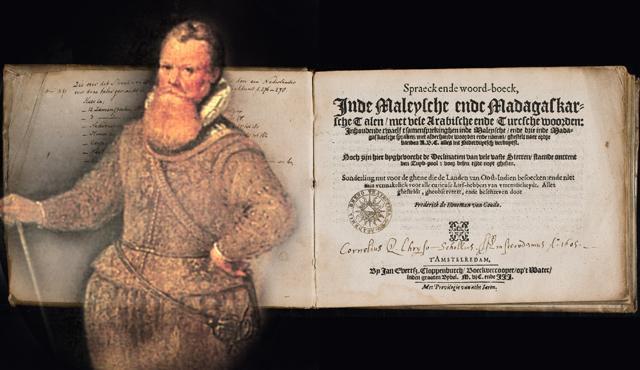