The site of the Alfred Russel Wallace house on Ternate identified

Posted on September 9, 2019 by ianburnet 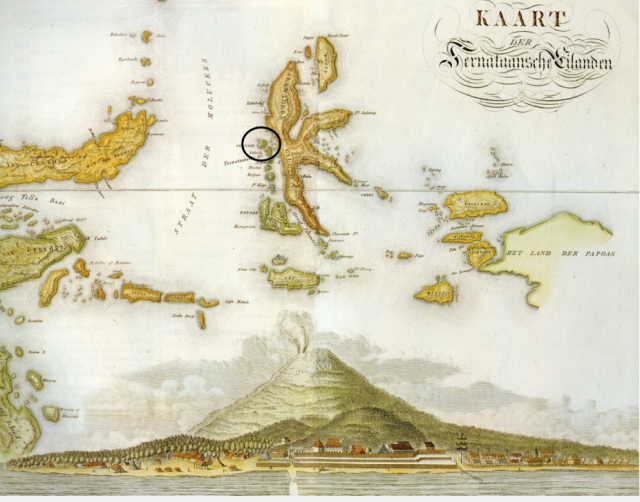 “Wallace’s Ternate house is the most important science history heritage site in Indonesia.”

Ternate, Tuesday 3 September 2019 – Rinto Taib, Head of History and Cultural Heritage, Department of Culture, Ternate, announced today that the most likely site of the Alfred Russel Wallace house in Ternate has been identified. Rinto was speaking during the Indonesian Creative Cities Conference and Festival being held in Ternate 2 -7 September 2019.

Wallace’s house in Ternate has become legendary. It was from here that Wallace sent his famous Ternate Letter to Charles Darwin, in March 1858, outlining his Theory of Evolution. Historians, academics and Wallace enthusiasts have attempted to locate Wallace’s house site since many years.

Wallace provides tantalising clues as to the location of his house in his book, The Malay Archipelago (1869). Two of the most important clues were that the house had “a deep well (that) supplied me with pure cold water” and that “just below my house is the fort”. 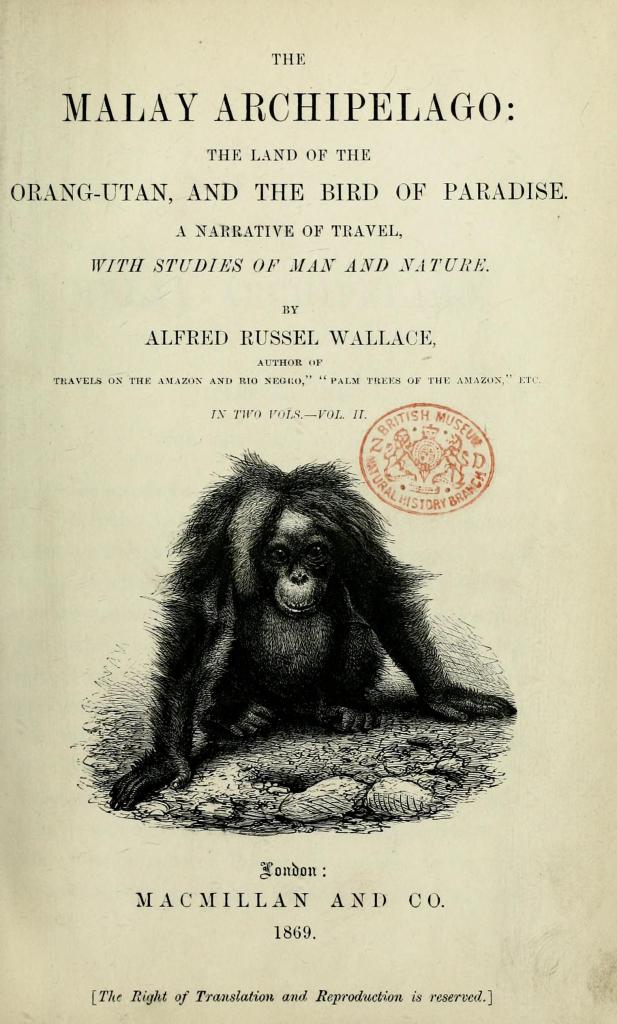 First edition of the Malay Archipelago

Prof. Sangkot Marzuki, Past President, Indonesian Academy of Sciences, and Syamsir Andili, Mayor of Ternate, 2000-2010, made a preliminary identification of a site that matched most of Wallace’s description, in a paper presented to a Wallace event in Makassar in 2008. This first credible site was named the Santiong House.

George Beccaloni, UK Wallace historian, was the first to question the authenticity of the Santiong House as it failed to meet one critical clue described by Wallace, namely, that the fort was just below his house. Paul Whincup, a hydrogeologist based in Jakarta, subsequently collaborated with George Beccaloni, reasoning that evidence of old deep wells should still remain.

In early 2019, Ternate residents, Fiffy Sahib and Mudhi Aziz, conducted a survey of wells in the general area described by Wallace at the request of Whincup and Beccaloni. They identified seven old deep wells, one of which was located on a site that matched Wallace’s description exactly. The original house, made of wood and sago palm, had of course long since disappeared.

It is now agreed that this site, located on the intersection of Jalan Pipit and Jalan Merdeka facing the south-west bastion of Fort Oranje, is the most likely site of where Wallace lived and from where he despatched his famous ‘Letter from Ternate’.

Map of Ternate showing the presumed location of the ARW house.  (Paul Whincup)

Wallace’s house has enormous historical significance internationally and for Indonesia. And it has great potential for promoting tourism in Ternate. It is hoped that the land can be purchased and a replica of the original house is built on the site. 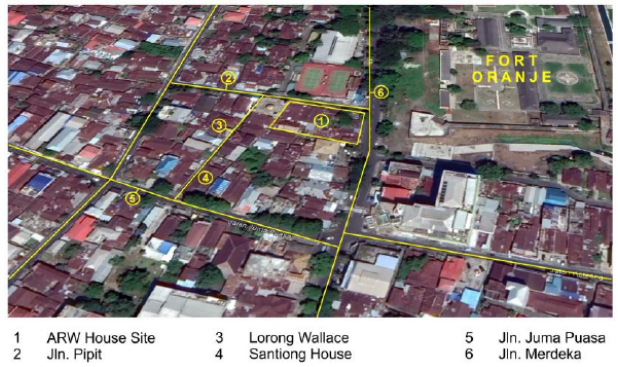 Photo of Ternate showing the presumed location of the ARW house at 1. (Paul Whincup)

A replica of the Wallace House would complement the Spice Museum in Fort Oranje, showcasing Wallace’s explorations and scientific discoveries, and the intellectual achievements that Wallace made in documenting the biodiversity of Eastern Indonesia. It could also become an education centre to encourage much-needed biodiversity conservation efforts in the Maluku islands.

This year, 2019, is the 150th anniversary of Wallace’s publication, The Malay Archipelago (1869). It is appropriate that the search for his house has at last been realised.