This lithograph from 1844 by C.W.M van de Velde shows Indonesian prahus alongside the landing dock or Aanleg Plaats on the Main Canal at the interior of Sunda Kelapa harbour. A harbour which is still used by the large Bugis prahus of the wooden trading fleet today.

The lithograph shows the Harbourmasters Tower (Uitkijk) on the opposite side of the canal and the beginnings of the  Spice Warehouses or the  Westzijdsche Pakhuizen on the right. Charles William Meredith van de Velde was himself a Dutch naval officer and head of the Dutch Royal Hydrographer’s Office in Batavia.

This image painted by J.C.Rappard some fourty years later shows the Kleine Boom or landing stage constructed on the same site, on the left is the corner of the Stadsherberg erected opposite the landing stage, and in the background the Harbourmasters Tower. 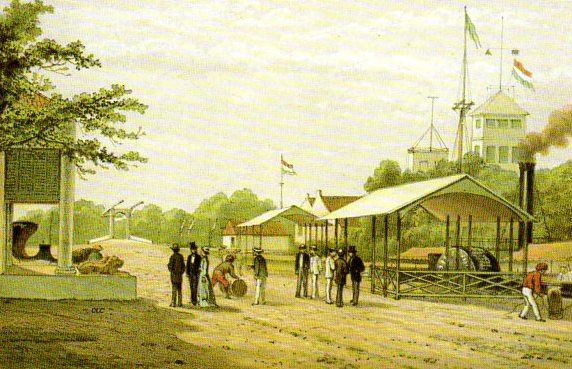 Image from the Historical Sites of Jakarta (Adolf Heuken SJ)

This photograph taken from almost the same position shows the present day condition of the Harbourmasters Tower which has been restored as part of Maritime Museum or Museum Bahari, which now occupies the former Spice Warehouses. 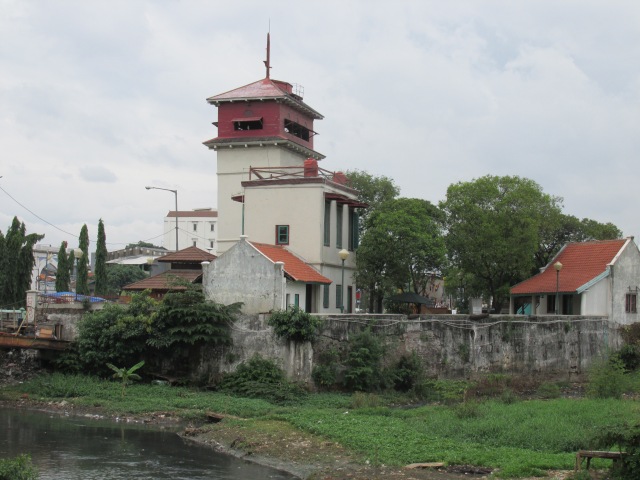 The Harbourmasters Tower as it looks today from the same location

On this map of Batavia from 1770, the images would have been drawn from just below the former Kasteel Batavia, on the left hand side of the Main Canal leading up into the city and looking across to the Bastion Culemborg (47), where the Harbourmasters Tower and the Spice Warehouses are located. 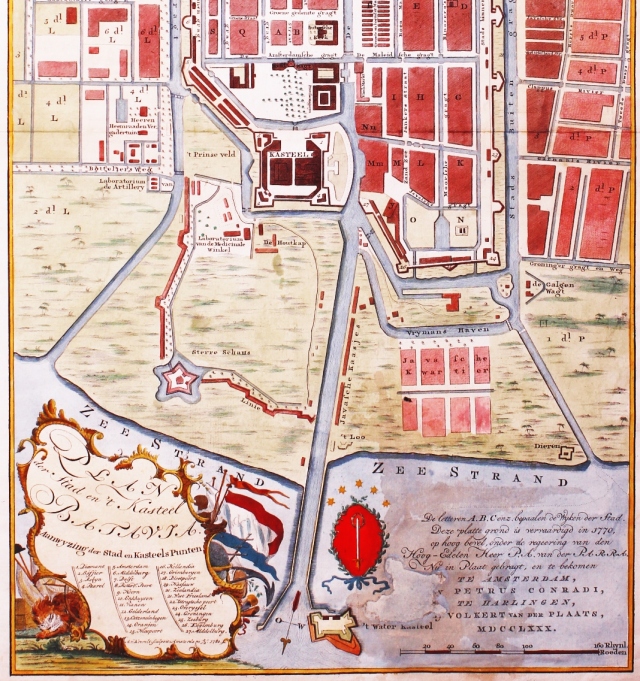 The following photos shows the Habourmasters Tower from the entrance side near the Maritime Museum  (Museum Bahari). 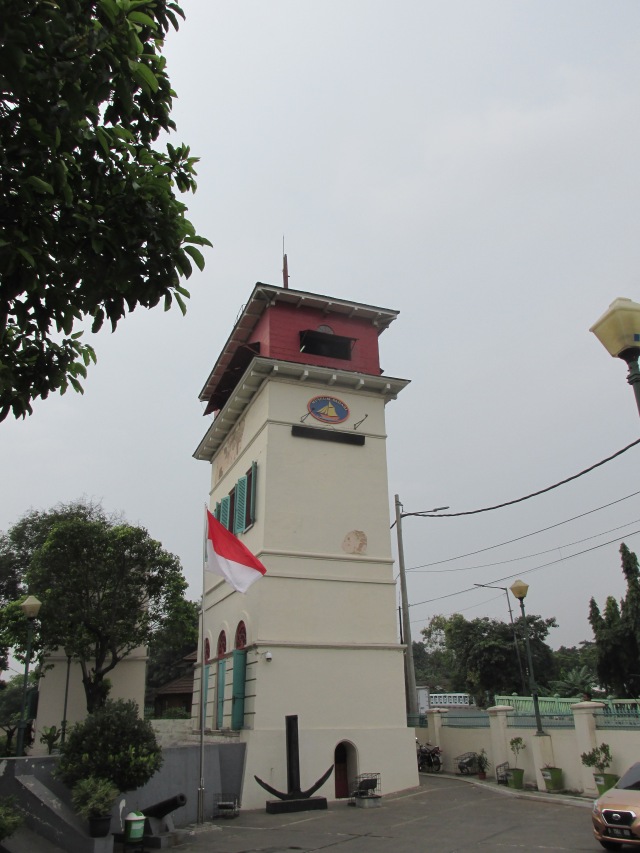 The view to the Spice Warehouses (Westzijdsche Pakhuizen ) or the Maritime Museum (Museum Bahari) from the HarbourMasters Tower. 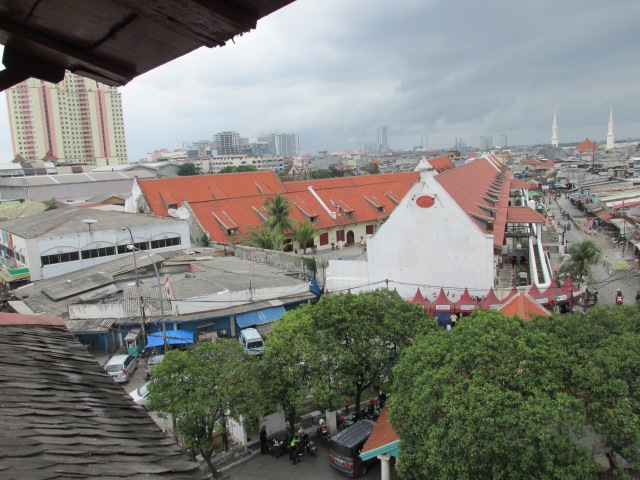 We will visit this area of old Batavia on the first day of our Journey Across Java-2017 tour. Please follow the link to Heritage Destinations for the details:

Author of the book, Spice Islands. Which tells the History, Romance and Adventure of the spice trade from the Moluccas in Eastern Indonesia over a period of 2000 years. Author of the book, East Indies.Which tells the history of the struggle between the Portuguese Crown, the Dutch East India Company and the English East India Company for supremacy in the Eastern Seas. Author of the book 'Archipelago - A Journey Across Indonesia'.
View all posts by ianburnet →
This entry was posted in Uncategorized and tagged batavia, heritage destinations, ian burnet, jakarta, jakarta kota, sunda kelapa. Bookmark the permalink.