Sabin Zahirovic of the University of Sydney has produced a brilliant animation  showing the amazing voyage of Continent Australia over 150 million years. To view please follow the link below and it is recommended to watch in full screen mode. 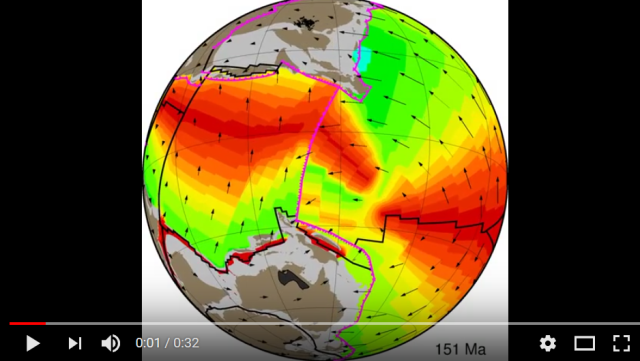 What is equally remarkable is that 50 years before Alfred Wegener’s theory of continental  drift and 100 years before the science of plate tectonics, the British naturalist Alfred Russel Wallace had already deduced in 1856, from his observations of the birds and animals of the eastern Indonesian archipelago, that Australia had collided with Asia.

To read more about ‘Where Australia Collides with Asia’, Alfred Russel Wallace, the Wallace Line and the biogeographic region of Wallacea please follow the link below:

Author of the book, Spice Islands. Which tells the History, Romance and Adventure of the spice trade from the Moluccas in Eastern Indonesia over a period of 2000 years. Author of the book, East Indies.Which tells the history of the struggle between the Portuguese Crown, the Dutch East India Company and the English East India Company for supremacy in the Eastern Seas. Author of the book 'Archipelago - A Journey Across Indonesia'.
View all posts by ianburnet →
This entry was posted in Uncategorized and tagged alfred russel wallace, continent australia, gondwanaland, ian burnet, moluccas, wallace line, wallacea, Where Australia Collides with Asia. Bookmark the permalink.